As part of our 20th anniversary we are writing a history series on all our properties. In this latest article we look at Ransom Hall.

It is thought that the name of the original building built on the foot print of the current day Ransom Hall was Ransom Hospital. To keep things simple the building will be referred to as Ransom Hall throughout this article.

Here you can see this original building opened in 1902 for TB which was made from wood. If you look carefully at the photo you will see an open verandas on its frontage.A common method for curing TB was to have patients sleep on these open verandas of the wards covered by just waterproof sheets in bad weather.

The patients described the views as restful – though a frequent complaint from the patients was that they were kept awake by the churring notes of the night jar as they slept on the open verandas.

It is believed that Ransom Hall  was rebuilt around 1947 into the building that you see today. We don’t know the exact date but are given the clue by the memorial record that is now housed in the property relating to the clock tower on the building.  The clock was presented by the mine workers union on 1st May 1947 ‘in the hope that the patients will improve in health as time is recorded’. It makes sense that the clock was constructed at the same time that the whole property was redeveloped.

In 1965  the B8 bus used to come up to Ransom Wood and drop off hospital visitors – Robert Minchin remembers at the age of 5 years old being on the top deck and seeing the patients being wheeled out onto the patio in front of Ransom Hall in the sunshine. We therefore assume that the windows that you see today on the front of the property were all doors in those days allowing the patients to be brought out through them.

In the late 70s Ransom Hall became an apartment style hospital for the mentally disabled and around 1981 we have a story of a resident/patient who became known as PC Mick Talbot – the patients at this time used to be able to walk freely around the hall including into the site kitchens at the back of Ransom Hall  (now known as Been House). In fact one patient used to come into the kitchens, find the large vat of flour and cover himself in it thinking he was a ghost.

Sue Minchin worked in the hospital kitchens at this time and PC Talbot truly thought he was a police officer. He used to challenge patients coming into the kitchens saying ‘PC Talbot stop right there’ He even pulled out his own version of a police ID card. I am told he was very believable when he made arrests and even took statements.

One day a thief broke into an asphalt office close to Ransom Wood and stole a safe, put it in a transit van and brought it up to Ransom Wood the to try and break it open. They were arrested by PC Talbot who on being questioned by the real police later showed them he had taken full details  – registration, description etc.

The hospital wards surrounding Ransom Hall gradually closed due to  subsidence and on 10th August 1987 the final ward closed. It is therefore presumed that 1987 also marked the end of Ransom Hall as a hospital bringing us to the end of the era of the site as a hospital  – it had served 85 years as a place of healing and will never be forgotten ( from 1902 to 1987 )

Ransom Hall was then occupied by the PCT as office accomodation for many years. 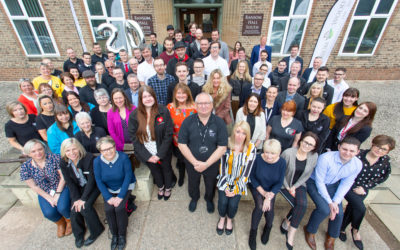 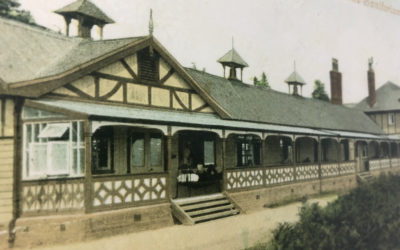 As part of our 20th anniversary we are writing a history series on all our properties. In this latest article we look at Ransom Hall from 1902 to the late 80s. 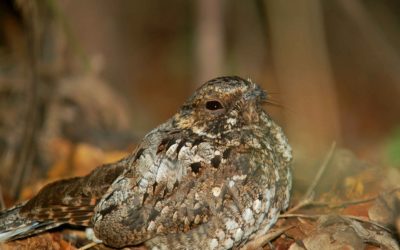 There is a special connection at Ransom Wood to Night Jars – learn a bit more about this in our Nightjar article.