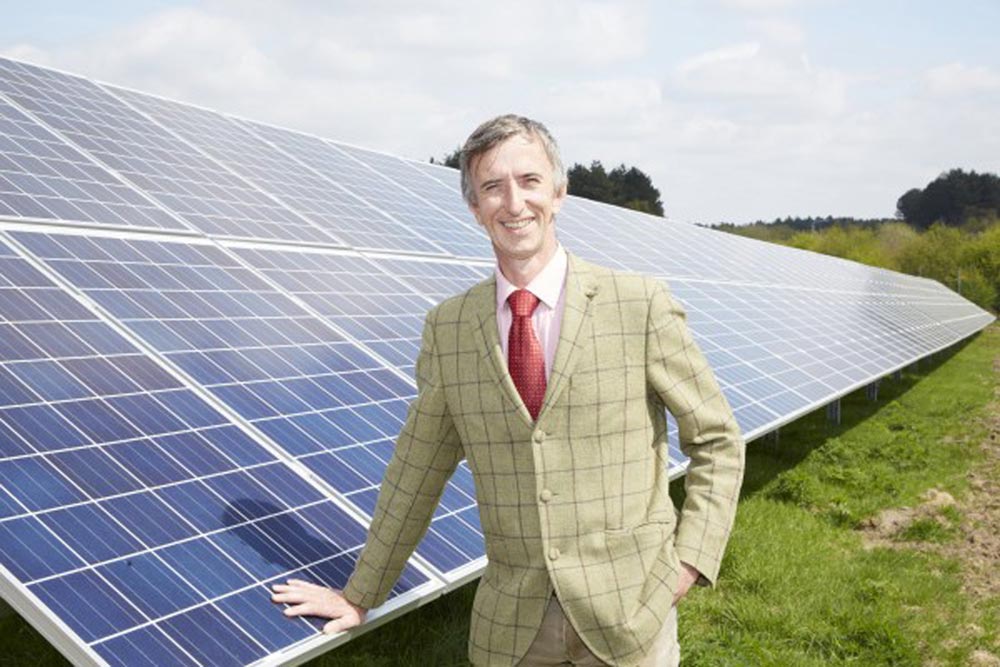 Dr. Patrick Candler, CEO of Sherwood Forest Trust today pressed the virtual button to officially open a brand new three acre Solar Panel Farm at Ransom Wood Business Park in Mansfield, Nottinghamshire on Earth Day 2015 – making Ransom Wood, what is thought to be, the UK’s only self-sustaining business park when it comes to providing its own green power supply.

The event celebrated a landmark occasion for Ransom Wood Business Park as it moved closer toward its aim of becoming a world-class centre of renown for synchronous business and environmental management.

The new Solar Farm has over 2,000 photo voltaic panels that will be able to provide up to 450 Kilo Watts (KW) of power. Ransom Wood Business Park spans some 110,000 square feet of which over 75,000 square feet is occupied office space, a restaurant and a nursery; all of which will be powered by the solar panel farm. The offices, restaurant and nursery require an average of 50 – 400 KW when fully functioning; which means that the solar panel farm will be able to produce enough electricity to power all the businesses on the park – something that is thought to be unique in the UK.

James Cannon is a Director of Ransom Wood Estates, the company that manages the business park, he sees the solar panel farm as having multiple benefits for tenants and the wider community surrounding Ransom Wood.

We believe that we are leading the way in environmental management and business support. We reused the old buildings we inherited on the site and have incorporated sound environmental policies wherever appropriate to benefit out tenants. They will be able to power their businesses in the knowledge that no fossil fuels are being used to keep them running. With the solar farm on-line, we will be able to run the business park in a self-sustaining way when it comes to energy use, reducing carbon emissions by thousands of tonnes each year.
James Cannon

Amongst over 50 guests that attended the launch was George Cowcher, CEO of the East Midlands Chamber of Commerce and Tony Egginton, Mayor of Mansfield.

Charles Cannon, fellow Director and brother to James, says the decision to set up the solar panel farm was as much about ethics as it was economics and environmental management.

Ransom Wood is all about creating the right space in which people can work without the added stress factors of living out of an office. The history of the site is one of the environment supporting the well-being of people using it and we are determined that continues. Being based at Ransom Wood means working in a beautiful place that changes through the seasons, one that sustains the flora and fauna of the area and in return it provides an inspiring and creative place in which people can run a business. We can now host solar powered conferences, events and even weddings while at the same time not damaging the environment.
Charles Cannon.

Ransom Wood Estates has invested over £660,000 in the solar panel farm, which in time will involve rare-breed sheep grazing the meadows below the panels and the development of new flora and orchards to attract more wildlife to the site. In time the farm will be made open to school visits to educate children about the environment and sustainable power sources.

Ransom Wood Business Park was launched in 1997 when the land and former TB and recuperation hospital site was taken over by the Cannon family. Intent on keeping the unique sense of well-being that the site provides, Charles and James Cannon set about creating a business park that worked in harmony with the environment and supported the health and well-being of its business tenants. Unlike modern business parks, Ransom Wood uses old early 20th century buildings instead of erecting purpose built new ones.

It’s very easy to erect a new office that is full of environmentally sound systems etc., the real challenge comes in making use of existing buildings that are full of challenges donated to you over 100 years ago. Re-use is the first rule of recycling and we wanted very much to stick to our principles rather than level the site and use up even more resources to build new spaces.
Charles Cannon.

There are over 60 different businesses housed on the business park, with between 700 – 900 people using the park on a daily basis. Guests at the official opening had the opportunity to visit the Solar Farm, test drive a hybrid car and have a ride on a sun and wind powered trike. Later on in the day they could also join in a number of events such as African drumming, outdoor yoga and Qigong as the opening ceremony was timed to coincide with Earth Day 2015.

The first Earth Day took place on April 22, 1970 when 20 million Americans from all walks of life took action to reduce their impact on the planet – it is widely credited with launching the modern environmental movement. The passage of the landmark Clean Air Act, Clean Water Act, Endangered Species Act and many other ground-breaking environmental laws soon followed. Growing out of the first Earth Day, Earth Day Network (EDN) works with over 22,000 partners in 192 countries to broaden, diversify and mobilise the environmental movement. More than one billion people now participate in Earth Day activities each year, making it the largest civic observance in the world.

The Sherwood Forest Trust (SFT) works with a wide range of partners and stakeholders in order to promote the value, diversity and importance of Sherwood Forest as an area of international cultural heritage and significance. At an operational level, the SFT is able to support the specific work of landowners like Ransom Wood Estates to help them improve the quality and integrity of the landscapes that they own. 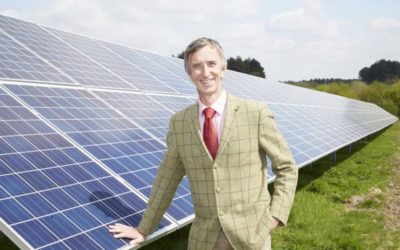 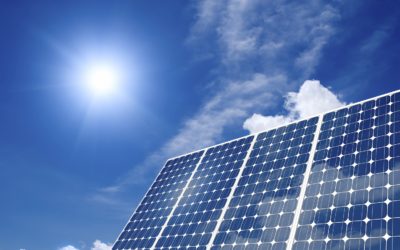 In October this year our application to build a solar farm here at Ransom Wood was agreed by the council planning department.